At the National Hackathon Series 1.0: Wearables Edition, this project was inspired based on a case study of Funke Adeyemo who is a 38 year old woman and had been pregnant for 7 months. Funke had visited the hospital on a weekly basis to check her blood pressure, heart rate and that of her baby. Funke had developed severe swollen feet and had experienced occasional discharge and spotting of blood. Although she had reported this to her doctor several times, all tests in the hospital revealed that her blood pressure was stable and her heart rate seemed normal. Funke woke up one morning bleeding profusely. She was rushed to the hospital and was induced to give birth to her beautiful baby girl. Funke laid almost lifeless after delivery. Her blood pressure had risen to 120/200. All efforts to crash her blood pressure proved futile. Funke struggled to hang on to the shreds left of her life. Too tired to keep fighting, she gave up the ghost. Over 50,000 women die annually from Preeclamsia and are usually unaware of their heart rates before, during and after pregnancy. Vilsquare has been charged with the responsibility of creating a wearable Heart Rate Monitor for pregnant women. 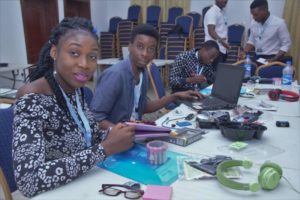 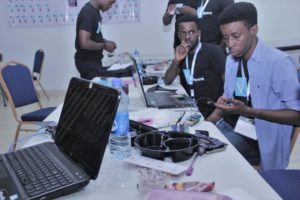 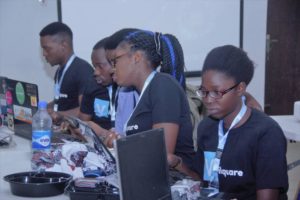